The main building where Hjørring Inn is housed was built back in the fifties. The company Laurits Jensen started up selling the automobile brand Morris in this building. Later on Mercedes moved in.

In the early seventies Cafeteria Clement occurred. Throughout the seventies and the eigthies there were different owners. In the late eighties Meta Madsen became the owner and after a short time it became more and more clear that it was the excellent food and parties Mrs. Madsen (as she was called) should focus on.

Lizzi came to the inn in 1998 as a chef and had some heated discussions with Mrs Madsen on how to make good food, but soon they found that they could learn a lot from each other’s experiences and a good companionship occurred. Mrs. Madsen was suffering from cancer and had to give up running the inn. She had a desire that we should take over the inn, and after negotiations we ended up taking over the Inn in August 2000, just 14 days later Mrs. Madsen died.

After a few years where we just had to find us organizing our new life, our children should be a little older, and I (Brian) sold my business. We started to live our dream of Hjørring Inn.

After the renovation of existing facilities and rooms, came the great challenges. The building of a brand new kitchen with a capacity up to 1000 dinner menus, out of the house. This was a 3-fold increase in existing capacity and was completed in our 10th anniversary year 2010. In 2011 a new wing was ready with new rooms on the ground floor and in the spring of 2013 we started using the new upper floor, so today Hjørring Inn has over 23 top modern rooms.

On Hjorring Inn we stick to the old traditions that belong to a good “old” Inn. This means the possibility of accommodation on your journey and delicious food along with party facilities for life’s many special occations.

The kitchen at Hjørring Inn offers everything from good old dishes to the trendier dishes. The Inn’s restaurant is open every day from 6.30 to 21.00. A la carte menus offering morning, lunch and evening meals.

Banquet rooms are frequently used, like Dinner portable is an often-used solution here we have a major menu card with suggestions for dishes most often used for parties, but we’re cooking just what the customer wants, the menu is ONLY proposed.

Who are they – these Inn people?

Lizzi was born and raised in Hjørring and educated as a trained chef at Hotel Skagerak in Hirtshals.

Brian was born and raised in Horne and trained HVAC technician with Vagn Bertelsen in Hirtshals.

Together we have two children, Cecilie is a trained chef at Hjørring Inn and Nichlas is an engineer.

Lizzi and Brian A. Pedersen have residence at Engbjergvej in Horne. 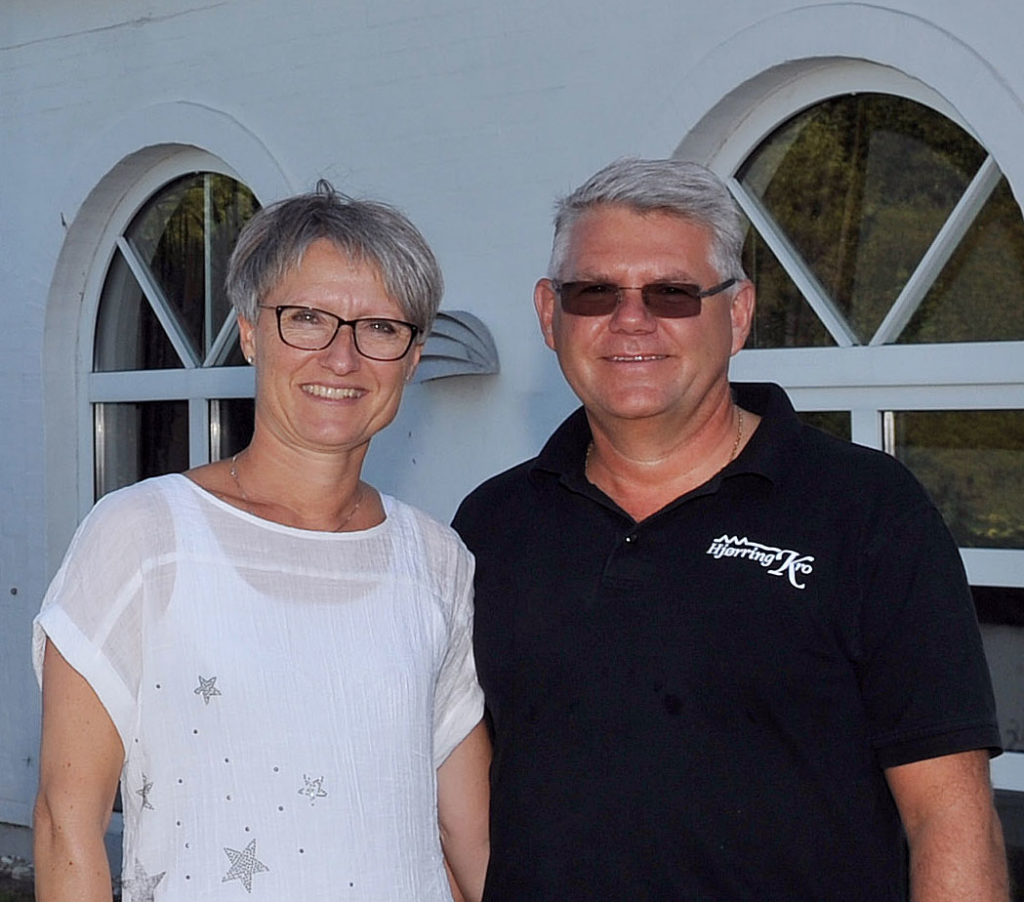 At Hjørring Kro we would like to have happy and satisfied guests and we will do everything possible to make your visit as relaxing and satisfying as possible.